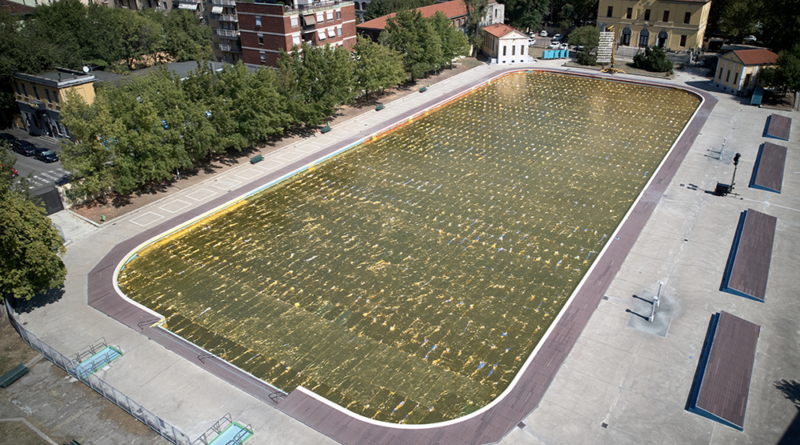 From September 12 to October 16, 2022, Fondazione Nicola Trussardi presents a new project created especially for the city of Milan: Gilded Darkness by American artist Nari Ward (b. St. Andrew, Jamaica, 1963; lives and works in New York). In the outdoor and indoor spaces of the Centro Balneare Romano, in the Città Studi neighborhood, Ward’s exhibition will bring together new works created specifically for the occasion, alongside some of his most renowned installations and environmental interventions.

After presenting Ragnar Kjartansson’s The Sky in a Room at the church of San Carlo al Lazzaretto in the fall of 2020 (conceived during the first lockdown, which dramatically impacted millions of Italians, particularly those living in Lombardy), and following the establishment of the Fondazione Beatrice Trussardi in 2021, which brings the Fondazione Nicola Trussardi’s nomadic model to an international stage (its inaugural project was by Polish artist Paweł Althamer in Val Fex, Engadine), President Beatrice Trussardi and Artistic Director Massimiliano Gioni have now decided to return to the city of Milan with a new project, once again in dialogue with the most pressing issues of our time.

Known for his sculptures and installations often made with recycled materials, Ward has contributed to imagining contemporary art and culture as global, polyphonic experiences since the early 1990s.

Of Jamaican descent, Ward moved to New York with his family at a young age, and after studying art at Hunter College and Brooklyn College, he settled in Harlem. Struck by the proliferation of abandoned objects in his neighborhood, Ward began collecting and charging them with new meanings. The manipulation of these materials—including children’s strollers, shopping carts, umbrellas, shoelaces, as well as other found items and urban waste—gave rise to monumental installations which have transformed the language of contemporary sculpture into a new type of theatrical experience.

Ward recontextualizes the waste materials he uses by creating complex scenic machines that draw the viewer’s attention to the scars of the objects, bringing to the fore social and political issues central to our time—from racism to growing social inequality, poverty to consumer culture, and migration to social marginalization and issues of identity.

The exhibition at the Centro Balneare Romano opens with one of his best-known works, Amazing Grace—produced during his residency in 1993 at the Studio Museum in Harlem and then presented on numerous other occasions across the United States and Europe. For this large-scale installation, Ward collected more than three hundred abandoned strollers, which he then arranged in the form of a ship’s hull. The installation is accompanied by the voice of gospel singer and African American civil rights activist Mahalia Jackson, who sings “Amazing Grace”—a song with a rich, complex history intertwined with both the abolitionist and civil rights movements.

The soundtrack underlines the elegiac tone of the installation, while the empty strollers evoke the lives of not only the children who once occupied them but also the unhoused who appropriated them to transport their belongings. The shape of the installation is reminiscent of the ships carrying enslaved people across the Atlantic to the US and evokes other stories of migration and exile that still resonate with current events, both in Italy and abroad. In the 1990s, the work was frequently read as a tribute to the victims of the AIDS pandemic, and today, its precarious appearance recalls the countless street memorials that mourn the victims of murders of African Americans by police.

Installed in the rarely accessible spaces of the old locker rooms at the Romano Pool, the work is endowed with further meanings. It is not only an anti-monument, referencing recent images of strollers left at stations on the Ukrainian border in the wake of refugees fleeing the conflict, but also embraces and envelops viewers in a melancholy, poignant atmosphere.

Alongside Amazing Grace, Ward will present a series of works that focuses on many of the themes underpinning his research. These include: the dialogue between cultures, art as a space of encounter and exchange, shaping identities at the crossroads between different languages and traditions, and in particular, reflecting on the function of monuments at a time marked by the continual revision of history and the numerous collapses and repeated crises defining these past few years.

Gilded Darkness will occupy the spaces of the Centro Balneare Romano with both physical and intangible traces. This municipal summer bathing center in the Città Studi neighborhood is located within a small park, popular throughout the year with families, children, the elderly, and students from the nearby polytechnic. Designed by architect Luigi Secchi (designer of the famous Cozzi Pool, also in Milan) and inaugurated in 1929, the center preserves the imposing original architecture, which revolves around the rectangular pool of some four thousand square meters.

The history of the Centro Balneare Romano—built during the Fascist period and dedicated to the memory of the young Olympic champion Guido Romano, who died at the front during World War I—tells of ideals of victory and greatness, war and athleticism, as well as nationalism and imperialism. Ward responds to these concepts with precarious monuments and objects that embody stories of small, everyday heroism, episodes of collective joy, as well as images of the defeat and downfall of the triumphant myths shaping the twentieth century.

At the heart of the exhibition is a series of new, ambitious commissions. Emergence Pool is a site-specific intervention in the swimming pool itself—almost the size of a soccer field—which is transformed into a gigantic golden expanse: a fragile raft made up of thousands of floating thermal blankets.

Not far away, a huge white flag hoisted on a crane evokes images of nationalism, violence, and defeat, while sounds and musical compositions made in collaboration with various groups and individuals living in Milan are broadcast from the loudspeakers of Battleground Beacon. These soundscapes describe the city as a polyphonic mix of voices and sounds from a multiplicity of cultures and languages.

The Nicola Trussardi Foundation is a private nonprofit institution, a nomadic museum for the production and promotion of contemporary art in multiple contexts and through a variety of channels, founded in Milan in 1996. Its activities are made possible thanks to the generosity of its founding members and “Il Cerchio” of the Fondazione Nicola Trussardi, a group of supporters who contribute to its projects.

Ward’s Gilded Darkness continues the path adopted by the Foundation in 2003 to bring contemporary art to the heart of Milan—rediscovering and enhancing forgotten, unusual places while reinventing urban spaces thanks to the energies of today’s most engaging artists.

Gilded Darkness is conceived and produced by the Fondazione Nicola Trussardi and made possible thanks to the collaboration of Milanosport. 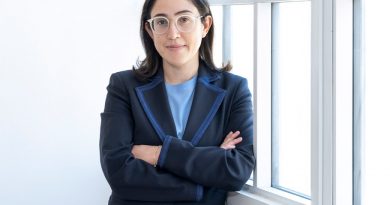 The artistic scene has a new, contemporary artist. F.