Simon & Schuster announced it will publish The Philosophy of Modern Song by Bob Dylan, coming November 8, 2022. This is the first book of new writing since Dylan’s Chronicles, Volume One (published in 2004 and on the New York Times bestseller lists for over 50 weeks) and since winning the Nobel Prize for Literature in 2016.

Dylan, who began writing The Philosophy of Modern Song in 2010, offers a master class on the art and craft of songwriting. He writes over 60 essays focusing on songs by other artists, spanning from Stephen Foster to Elvis Costello, and in between ranging from Hank Williams to Nina Simone. He analyzes what he calls the trap of easy rhymes, breaks down how the addition of a single syllable can diminish a song, and even explains how bluegrass relates to heavy metal. These essays are written in Dylan’s unique prose. They are mysterious and mercurial, poignant and profound, and often laugh-out-loud funny. And while they are ostensibly about music, they are really meditations and reflections on the human condition. Running throughout the book are nearly 150 carefully curated photos as well as a series of dream-like riffs that, taken together, resemble an epic poem and add to the work’s transcendence.

In 2020, with the release of his outstanding album Rough and Rowdy Ways, Dylan became the first artist to have an album hit the Billboard Top 40 in each decade since the 1960s. The Philosophy of Modern Song contains much of what he has learned about his craft in all those years, and like everything that Dylan does, it is a momentous artistic achievement.

“The publication of Bob Dylan’s kaleidoscopically brilliant work will be an international celebration of songs by one of the greatest artists of our time,” said Jonathan Karp, President and Chief Executive Officer of Simon & Schuster. “The Philosophy of Modern Song could only have been written by Bob Dylan. His voice is unique, and his work conveys his deep appreciation and understanding of songs, the people who bring those songs to life, and what songs mean to all of us.”

Simon & Schuster President and Chief Executive Officer Jonathan Karp and Executive Editor Sean Manning acquired World English Rights, audio, and first serial rights from Andrew Wylie at The Wylie Agency, which is handling translation rights. The book will also be published by Simon & Schuster’s international companies in Australia, Canada, India, and the United Kingdom, and in audiobook by Simon & Schuster Audio. Dylan will narrate a portion of the audiobook with a mix of other voices. The publication will be a global publishing event with foreign rights sold to eleven territories and counting:

Feltrinelli in Italy; C.H.Beck in Germany; Spectrum in the Netherlands; Editions Fayard in France; Anagrama in Spain; Bonniers in Sweden; Iwanami in Japan; Gutkind in Denmark; Relogio d’Agua in Portugal; Companhia das Letras in Brazil; and CITIC in China.

Bob Dylan has released thirty-nine studio albums, which collectively have sold over 125 million copies around the world. He won the Nobel Prize in Literature and has been awarded the French Legion of Honor, a Pulitzer Prize Special Citation, and the Presidential Medal of Freedom, the country’s highest civilian honor. His memoir, Chronicles: Volume One, spent a year on the New York Times bestseller list.

Simon & Schuster, a Paramount Company, is a global leader in general interest publishing, dedicated to providing the best in fiction and nonfiction for readers of all ages, and in all printed, digital and audio formats. Its distinguished roster of authors includes many of the world’s most popular and widely recognized writers, and winners of the most prestigious literary honors and awards. It is home to numerous well-known imprints and divisions such as Simon & Schuster, Scribner, Atria Books, Gallery Books, Adams Media, Avid Reader Press, Simon & Schuster Children’s Publishing and Simon & Schuster Audio and international companies in Australia, Canada, India and the United Kingdom, and proudly brings the works of its authors to readers in more than 200 countries and territories. For more information visit our website at www.simonandschuster.com. 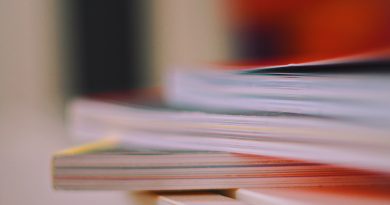 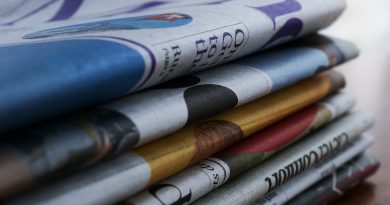 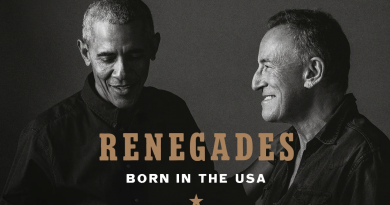 Renegades. Born in the USA.